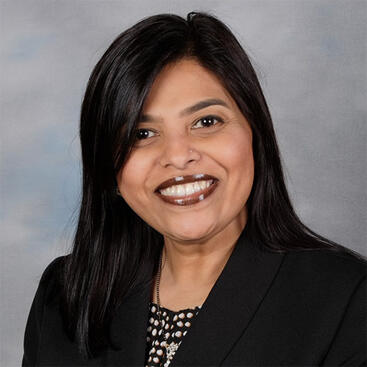 In addition to her responsibilities as Market Executive, Bansree also serves as President of Bank of America for the Inland Empire. In this capacity, she serves as the enterprise leader for Inland Empire, leading integration of Bank of America’s business lines to ensure a delivery of the full depth of the bank’s global financial services to local businesses and individuals. She also oversees the bank’s local corporate and social responsibilities activities, including philanthropic giving, community development lending and investing, environmental initiatives, diversity efforts, and employee volunteerism.

Bansree serves as a mentor for numerous associates within Bank of America Merrill Lynch as a leader in the California Women’s Leadership Network, which works to enable connectivity and opportunity among the women of Bank of America, and is the Regional Executive Sponsor for the Asian Leadership Network Inland Empire chapter. She is a member of Inland Action San Bernardino, which is a community advocacy organization focused on the economic wellbeing and development of the Inland Empire. She also serves on the board of Inland Empire Economic Partnership (IEEP), which focuses on making the Inland Empire a great place to live, work and invest by addressing the areas of human capital, transportation infrastructure, educational attainment, environmental quality and political influence.

Bansree grew up in Los Angeles, and earned a Bachelor’s of Business Administration in Finance from California State University Fullerton. She has called Inland Empire home for 20 years, and outside of work, is a busy Mom of two active children and enjoys cooking, baking and spending quality time with her family.